In search of Joe Goosey

In 1837 Andrew Petrie, an architect, was appointed as the clerk of works to the convict colony of Brisbane. He brought with him his family and one of them, Tom, later had his recollections of Brisbane’s early days recorded by his daughter. Tom describes some of the convicts including this one:

‘A convict called “Joe Goosey,” an odd job man, was much disliked by the others, because he told tales about them. He could not grow any sign of whiskers, and for this reason and because he wore small silver rings in his ears, he was jeered at, and called “The Lady.” The convicts could not stand a “tell-tale” at any price, and poor “Joe Goosey,” a soft sort of fellow, had anything but a pleasant life among them.’
From ‘Tom Petrie’s Reminiscences of Early Queensland’ by Constance Campbell Petrie. 1904

Tom Petrie, born in 1831, was six years old when he arrived in Moreton Bay. The convict population at this time was 300. Moreton Bay was closed as a convict settlement in 1842. Tom’s recollections of the convicts in the above book, from about sixty years prior to its publication, were from when he was a boy. This has to be taken into account when trying to find the identity of Joe Goosey.

There is no Joe Goosey in the convict record but there are clues as to his identity. Listed in the records is one Joseph Coley, who in 1839 is a shepherd at Brisbane. It is highly likely that over the span of sixty years, Coley became Goosey in Tom Petrie’s memory. Documentary evidence exists which provides a circumstantial link between Goosey and Coley.

Joseph Coley was born about 1810, birthplace unknown but probably London. It was here, in the company of another lad, he committed the crime of stealing an ass which the pair sold. At his trial he says ‘…the other boy had one half the money, and I had half; I bought a shirt and a pair of shoes.’ For this he was given a sentence of seven years transportation. He was sixteen years old at the time and came out to Australia on the Speke (3) On the Speke’s convict list, Coley is described as being 4′ 8½” tall, fair hair, fair complexion, grey eyes and with an ‘unusual elevation or malformation of the chest’. Joe served his seven years and was granted his Certificate of Freedom in 1832.

In 1834, as a free person, Joe worked as a servant for William Cavendish, Australia’s first composer. It was while in Mr Cavendish’s employ that Joe helped himself to some of his employer’s money and this time it wasn’t to clothe himself. Joe made off to a local public house where he was found drinking in the company of a man and two women. On being caught he said he ‘had done a bad job for himself.’ The sentence was seven years in a penal colony, so Joe was shipped off to the convict settlement of Brisbane.

It was in Brisbane that Joe came to the notice of Tom Petrie, to be recorded sixty years later as Joe Goosey. Joe served out his seven years and was returned to Sydney. His last Certificate of Freedom records him as being an inch taller than when he was first transported, and his complexion is no longer listed as being fair, but now, after nearly twenty years in Australia, is ‘ruddy’. He also sports a scar over his right eye, we don’t know what from.

In 1842 a Joseph Coley appears in the records as a bottle holder at a fight on Sydney’s North Shore. He was the only person apprehended and was dismissed with an ‘admonition from the bench’.

Joe didn’t stay out of trouble and in 1845 again ran afoul of the law, this time for embezzlement and larceny. In this case the prosecution was not pursued. The following year, 1846, Joe’s address was the Sydney benevolent asylum. Could this be a clue as to why he wasn’t prosecuted the year before? He died on the 19th March the same year at Cobbity, Narellan and was buried the next day. His death notice says he was 41 years old, and free by servitude, meaning he’d served out his sentence.

The identification of Joe Goosey with Joseph Coley lies in the descriptions. Petrie says Goosey was unable to grow facial hair and was a soft sort of fellow. The convict records state Coley had an unusual malformation or elevation of the chest. The lack of facial hair, and breast development are symptomatic of an intersex condition known as Klinefelter’s syndrome, or XXY. Men with Klinefelter’s syndrome may have symptoms to a more or lesser degree. In Joseph Coley’s case it appears to be more. Men with Klinefelter’s may also have less muscle strength than they would otherwise have.

Joseph’s employment did not involve intense physical labour. In London his occupation was given as a coral bead maker and in Australia, a servant, an odd jobs man and a shepherd. The historical sources indicate he had friends with whom he spent time, but he seemed to be less popular in Brisbane, at least with the convicts for the reason given.

As an intersex person we don’t know for certain how Joseph saw himself. There is one clue and that is the silver earrings which he wore. These earrings were a reason for Joseph to be jeered at, and called ‘The Lady’. If they brought more opprobrium on him, why would he continue wearing them? We are left with the possibility that Joseph’s gender identity was female, rather than male. The earrings a physical means to connect himself to his identity in a restrictive environment; a small token of resistance to the role of male which was thrust upon him.

There is no single document which proves Joe Goosey and Joseph Coley are the same person, but there was no convict in Australia with the name Goosey and the timeline for Joseph Coley fits with the timeline of Tom Petrie. There was no other Joseph Coley sent out in this time period. I’ve used male pronouns for Joseph in line with the historical documents as there is no solid evidence that Joe did consider himself female. But for Tom Petrie’s recollections Joe would have disappeared from view, along with all the other intersexed and transgendered convicts who appeared only as names in lists, their true sex and gender unrecorded. 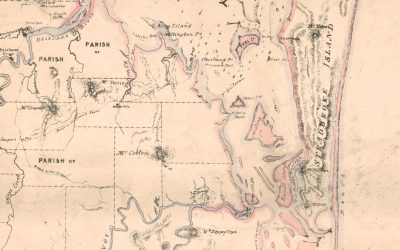 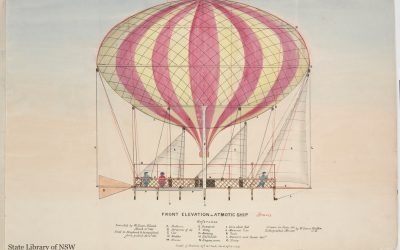 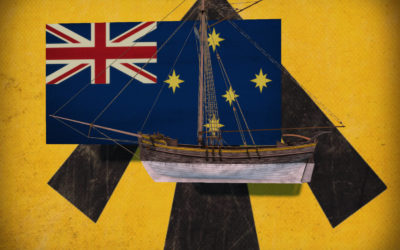